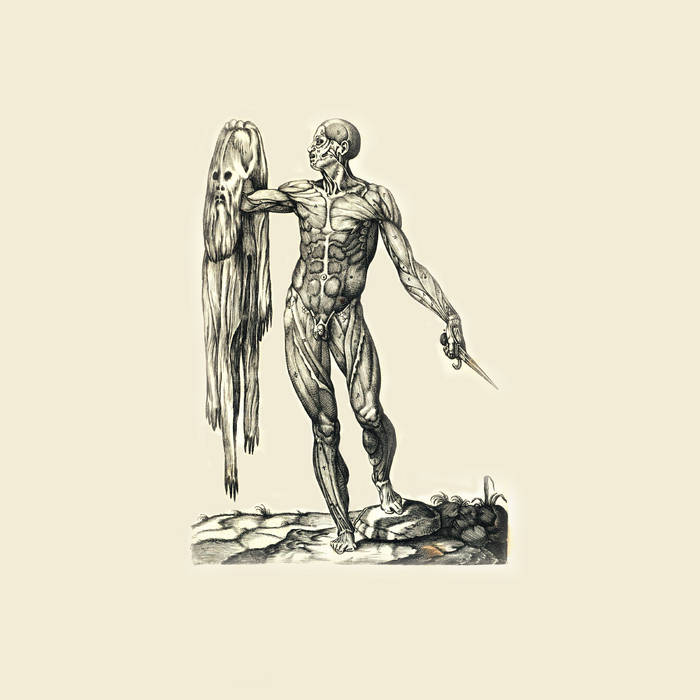 callmenihil Literally the music I listened to all through senior year to do homework, work in adobe, or simply turn my internal monologue off so i could do something. 10/10 album, cannot wait to have it on vinyl 😁 Favorite track: A Binding.

Do you remember the last time you were breathing consciously? Either way, you are likely doing it now. On his new album »Observation of Breath« for the Swiss-based Hallow Ground label, Lawrence English worked exclusively with an organ for four compositions that are exercises in »maximal minimalism,« as their creator himself notes, a nod to Charlemagne Palestine who coined this oppositional descriptor no doubt. While it seems somewhat fitting that those four pieces based on the steady flow of air were conceived and recorded in a situation of global accelerated standstill caused by a respiratory disease, the Room40 founder is not so much concerned with capturing the zeitgeist than rather incorporating the spirit of time itself. »It is a record about presence and patience,« he explains. Exploring the unique sonic affordances of a singular instrument, »Observation of Breath« is not only devoted to the durability of sound but also to its density. That it marks his debut on Hallow Ground after having shaped its sound by mastering most of the label’s releases in recent years is just as fitting then as its release following albums by Kali Malone and FUJI|||||||||||TA, whose innovative work with organ instruments have facilitated a rediscovery of their possibilities.

English’s compositions however are neither directly indebted nor responding to these musicians. His exploration of the organ’s many facets started a decade ago when the composer was given access to an instrument built in 1889 that is presently housed at The Old Museum in Brisbane. After it had already played a crucial role on his seminal albums »Wilderness Of Mirrors« and »Cruel Optimism,« last year’s self-released »Lassitude« was the first record that English entirely composed and recorded with that instrument. »During the soft lockdowns, I spent many days playing to an empty concert hall, recording the pieces that became ›Lassitude‹ and then, this album,« says English in regards to an unfortunate situation that fortunately provided him with time and space - two major themes but also key qualities of the four new compositions. In this sense, he goes on, »Observation of Breath« resolves a number of the questions originally raised by »Lassitude.«

»The organ is an exercise in the observation of breath,« English explains the album’s title. »It is a physical breath, one that manifests both audible and inaudible waves of vibrations. The sheer scale of the instrument, its weight and the physical length of the pipes involved in producing the sounds we experience is nothing short of mind-boggling.« More importantly, the sound artist is fascinated by the organ’s ability to produce frequencies that exist at the sensory limits of human awareness - it’s at the edges of these limits that fascination can be found, he argues. »The particular organ that I work with comprises four manuals and 45 speaking stops and it has a tubular-pneumatic action,« he explains. »It’s the stops that are the focus of my interest. They are very specific and when manipulated in certain ways and in certain combinations, create a unique set of unsteady timbres that make it a remarkably intoxicating instrument to collaborate with.«

Collaboration is indeed the key word here. The pieces of »Observation of Breath« were recorded in one take in recognition of the co-existence and co-dependence of the human body and mind when brought in unison while working with such a complex instrument. The end results are thus not only marked by longevity but also gripping dynamics. While the six minute-long »A Binding« and the album’s title track explore the sonic qualities of different frequency spectra with long sustained drones, opener »A Torso« and the aptly titled »And a Twist,« only two minutes and 42 seconds long, work with rhythmic elements that create intense moments of structural instability. »The music's power lies in its density, in the stacking of exhales all breathing in unison and then, at some point, failing to breathe further,« says English. »In these moments a wavering unsteadiness of tone arrives with an elegant uncertainty.« It is precisely this quality that makes »Observation of Breath« such a masterful exploration of the multifold relationships between space and time as well as the body and the mind - it’s a conscious meditation on unconscious processes.